Earlier this week, our very own CTO, Philippe Saint-Just, was interviewed by Mobile Entertainment (ME), along with other thought-leaders in the mobile community. This is the second time ParkJockey has been featured here, the first being given the crown of App of the Day.

The topic of this was, ‘Apple’s introduction of iOS8’. Here were his thoughts:

“The updates to notifications, widgets and lock screen apps will increase the fluidity of information and reduce the number of steps required to take action – ultimately, translating to better user engagement.

Since some of these features already exist on Android, this will allow app developers to align the products more closely on iOS and Android platforms. We also look very positively on the introduction of Swift. By reducing the learning curve for developers and allowing them to focus less on low level programming and more on feature development, we expect to see drops in costs and shorter development cycles.” 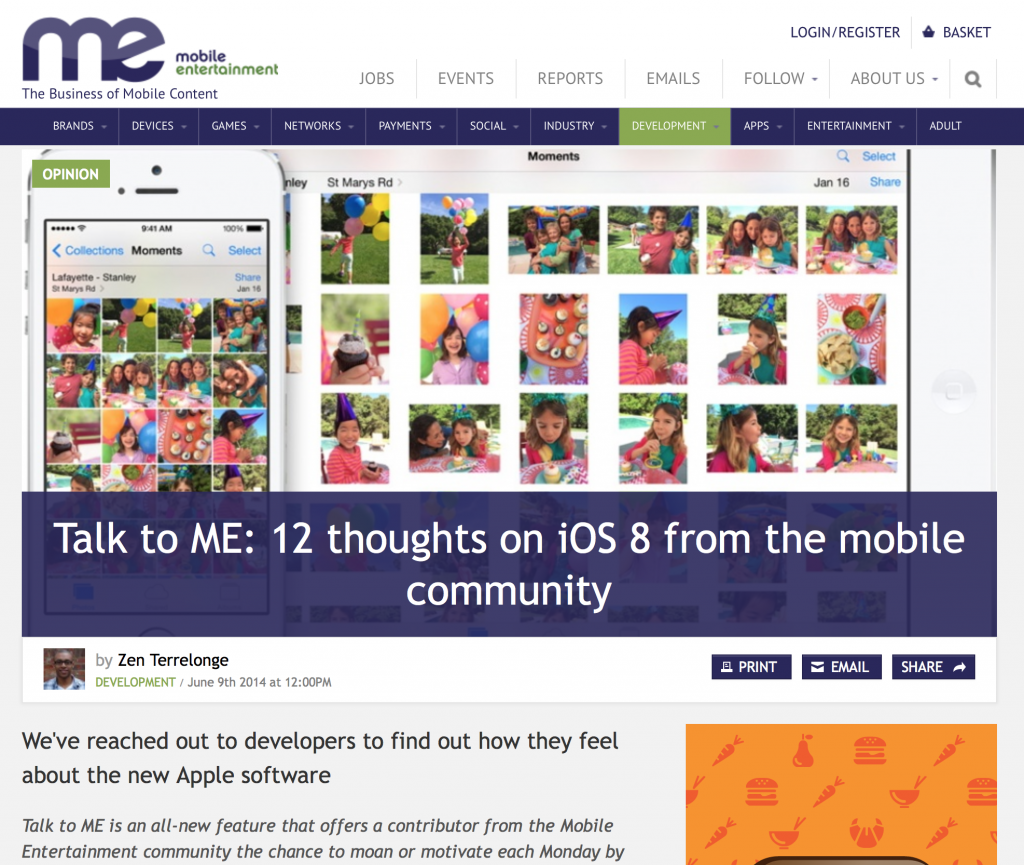